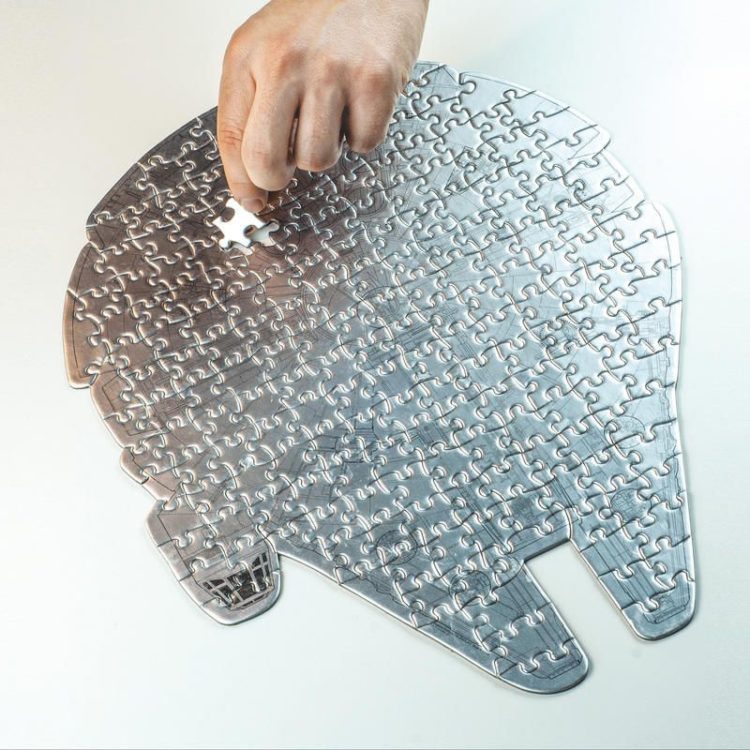 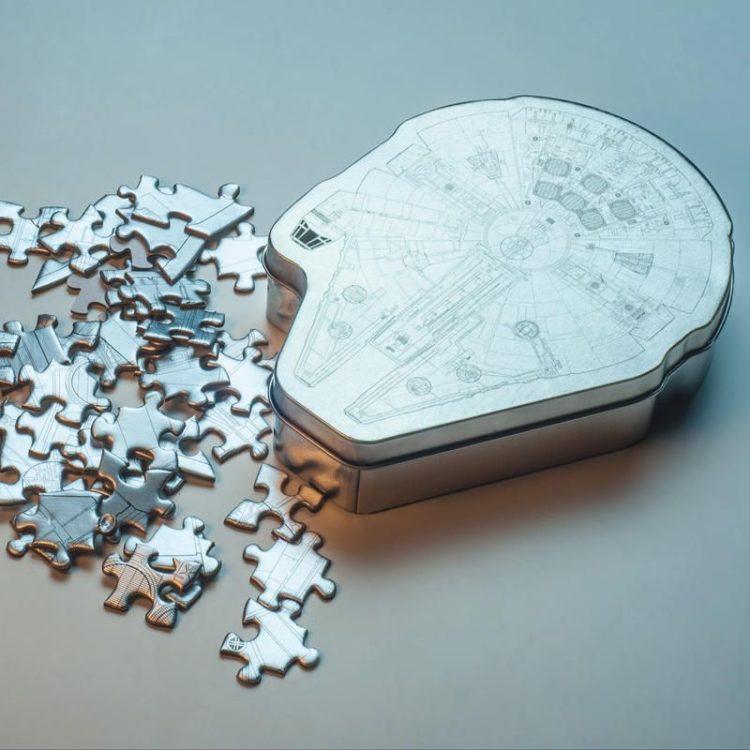 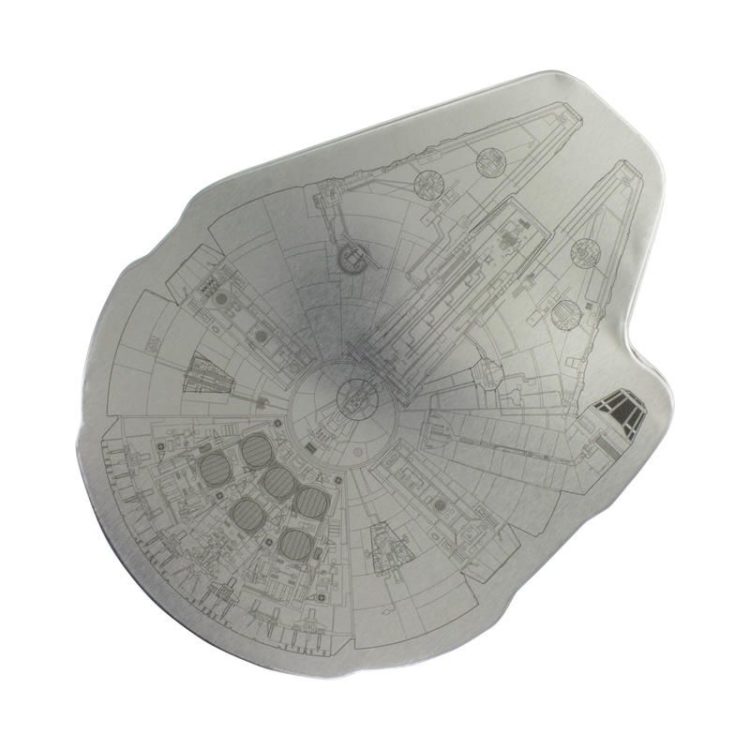 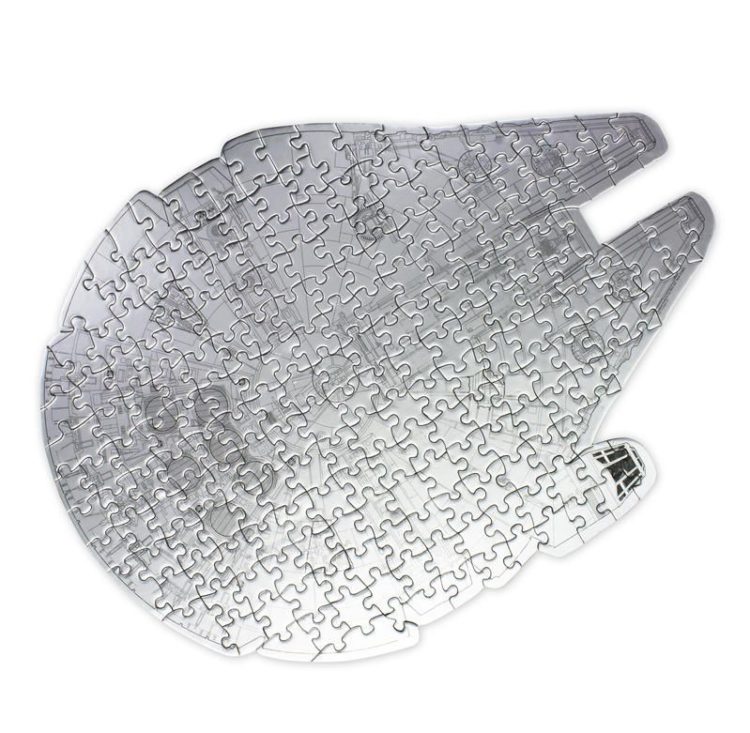 or 6 weekly interest-free payments from $5.62 with

Find the missing piece to your Star Wars memorabilia collection with the Millennium Falcon Jigsaw!

A stunning 201 piece jigsaw forming a silver and black image of Han Solo’s iconic spaceship, the Millennium Falcon Jigsaw is a fun yet sleek looking puzzle coming in a themed embossed storage tin.

The Millennium Falcon is one of the most iconic spaceships in movie history, piloted by Harrison Ford’s Han Solo in the Star Wars franchise.

Star Wars has been one of the most successful film franchises in cinema history since its original release in 1977, quickly becoming a defining moment in popular culture. The series has continued to win new generations of fans with each instalment, resulting in a global fan base of millions. From A New Hope and Return of the Jedi through The Phantom Menace and Attack of the Clones, right up to more recent successes such as The Force Awakens and The Last Jedi, Star Wars continues to reach new heights by introducing great new characters as well as focusing on old favourites.

A great gift for fans of the epic movie franchise, the Millennium Falcon Jigsaw is an officially licensed Star Wars product.