Back to top
Skip to content
Hushed Green Tui Keychain
Gifts For Her , Gifts Under $25 , Keyrings , Kiwiana Gifts , Retro Gifts
$14.99 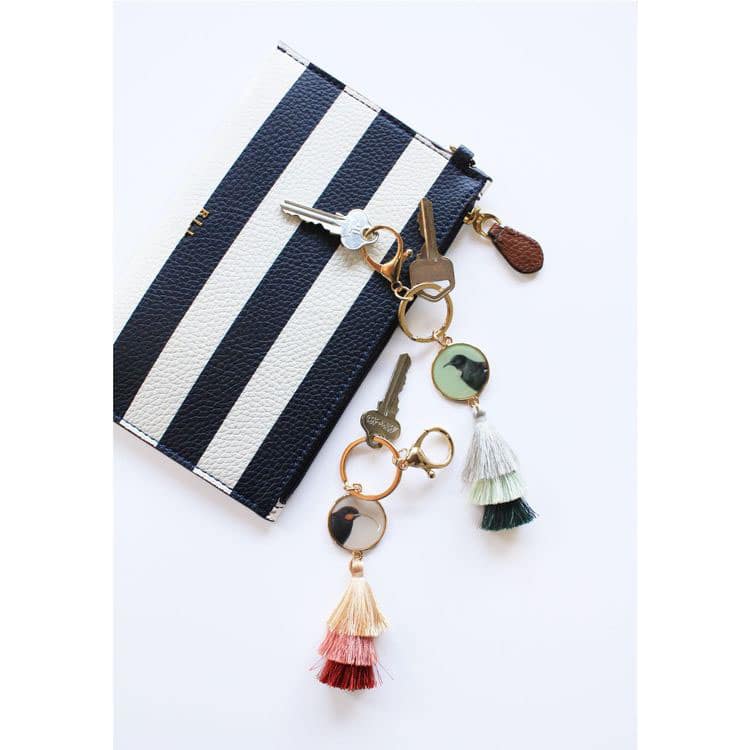 Sold out
Sold out

Our beautiful hushed green tui keyring with a super soft tassel. Never lose your keys again with the handy clip to attach to your bag.

Endemic to New Zealand, Tui are iridescent green with a reddish brown back. They have two white throat tufts forming a bib under its chin. The neck has a lacy white collar of very fine white feathers.

Tui are the dominant honeyeater in New Zealand, being aggressive and pugnacious, which accounts for their successful survival on the mainland throughourt NZ. They vigorously chase other Tui and other species from their feeding and breeding territories, which they strongly defend. They are often seen diving vertically at great speed when chasing birds.