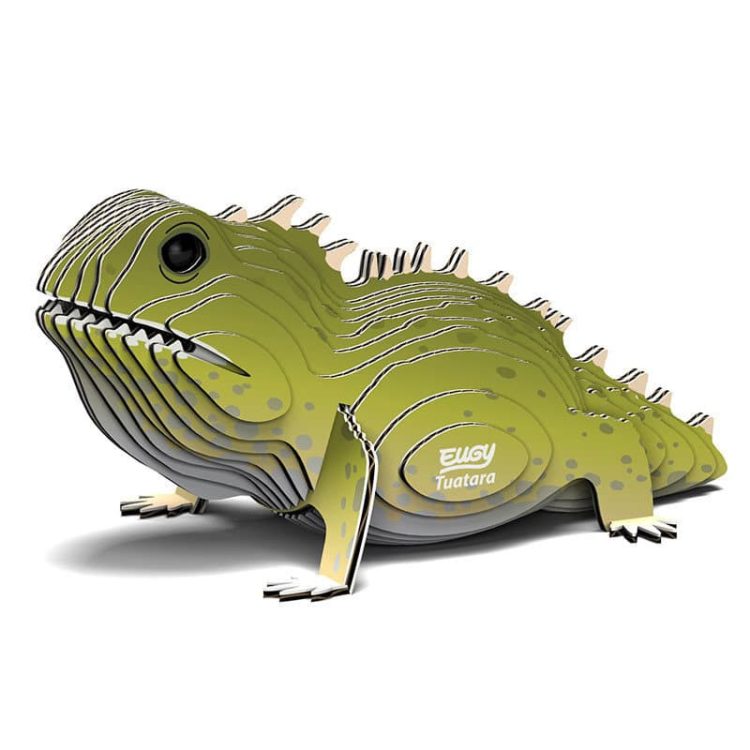 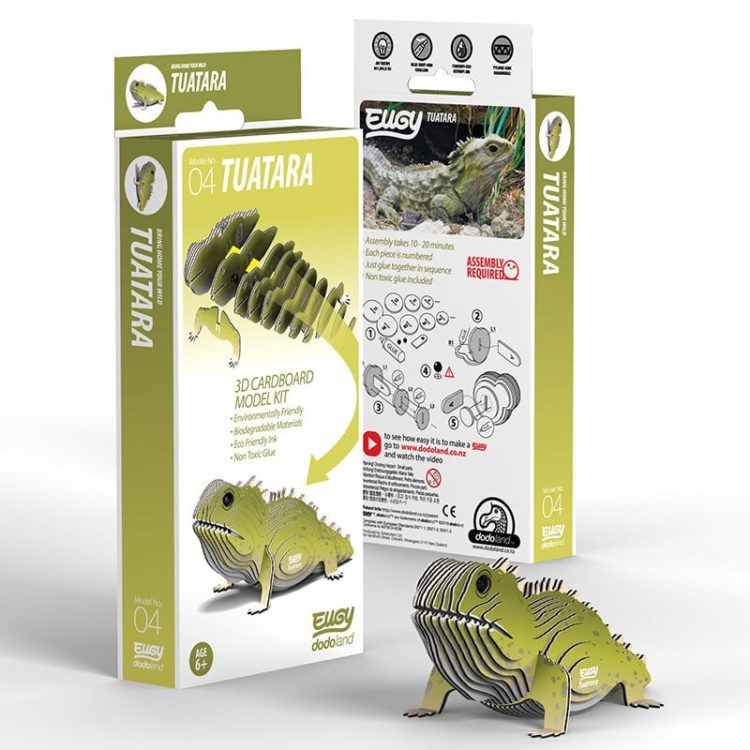 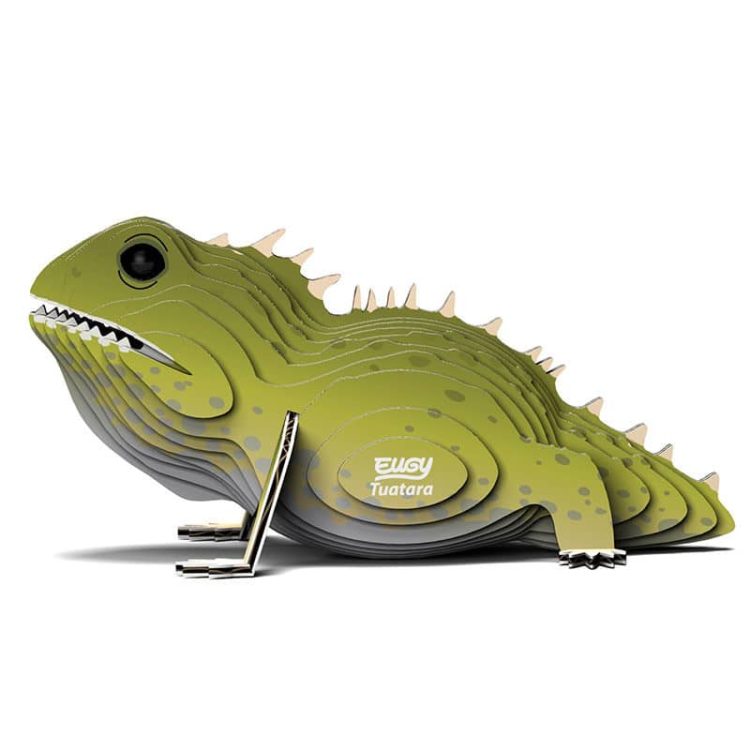 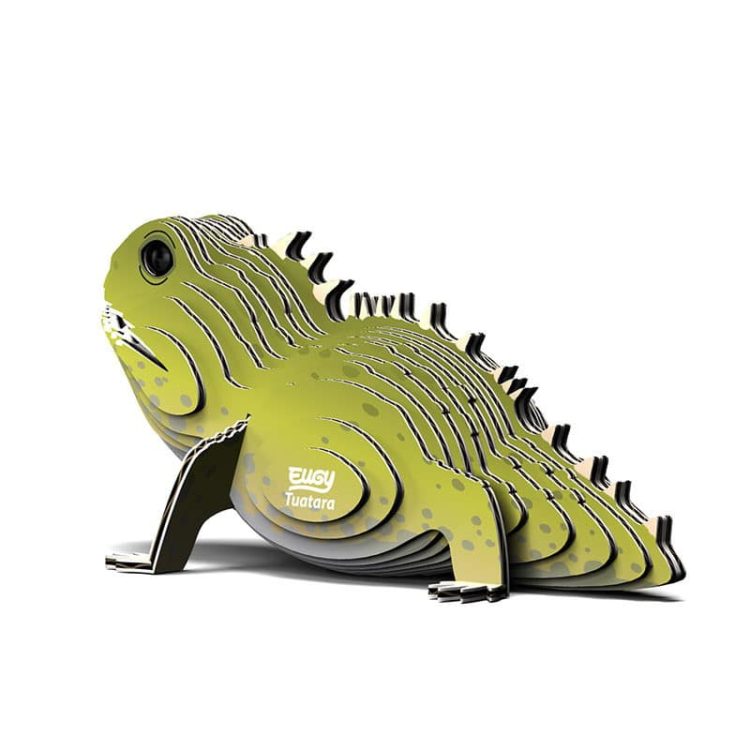 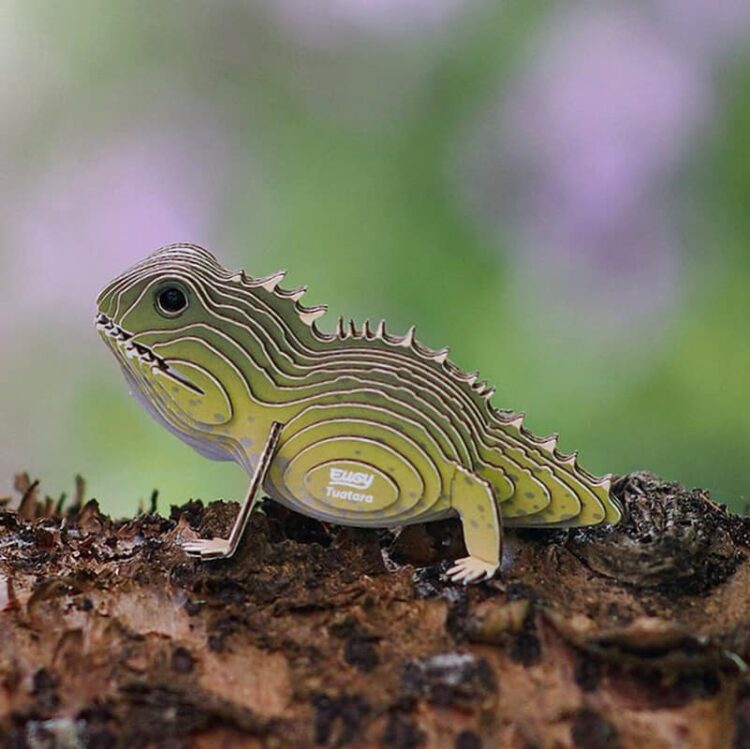 or 6 weekly interest-free payments from $3.16 with

Tuatara are rare, medium-sized reptiles found only in New Zealand. They are the last survivors of an order of reptiles that thrived in the age of the dinosaurs. Tuatara are the only surviving members of the order Sphenodontia, which was well represented by many species during the age of the dinosaurs, some 200 million years ago. All species except the tuatara declined and eventually became extinct about 60 million years ago.

This 3D cardboard model kit contains everything you need to put together your own Tuatara. All that’s required is to push out the shapes from the perforated cardboard and use the included non-toxic glue to secure them together.

Good for nature AND for you! EUGY encourage creativity as well as being environmentally friendly. So go on…bring home your wild!